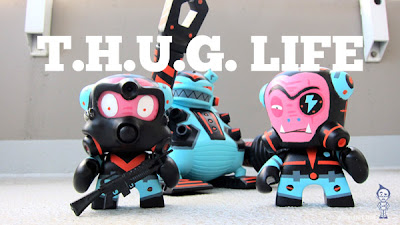 THUG SQUAD, ASSEMBLE!!! April has been a pretty busy month for me, working on 6 different customs toys within a few weeks, was a tall order. The challenge was giving each toy the time they deserve to really make them the best they could be within the time frame.

All three customs took about a month to produce, mainly because I was so busy with preparing for Fan Expo Vancouver. I was working on these THUG toys at the same time as my Easter 2012 custom Qees. 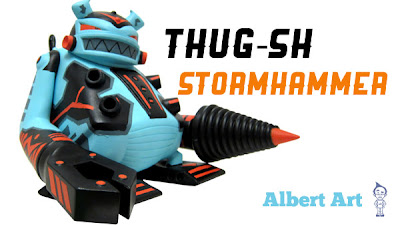 I first worked on a THUG custom over a year ago and it caught the attention of the Chilean toy company. So I jumped at the chance to work on their latest DIY, which is a totally unique style of toy.

I think I might be the only artist who managed to get a THUG-SH from Unison Lab. Honoured to have had the chance to customize it! The toy is quite the beast with long, heavy arms, and stubby legs, it has a slightly awkward balance if the arms are positioned too far over the head. I think it's around 8" tall, but with the arms raised it looks much taller and intimidating.  This toy required a lot of paint since there's so much space to cover on the toy this size.

Though the cool thing about toys from Unison Lab are the accessories and interchangeable parts of the Stormhammer. 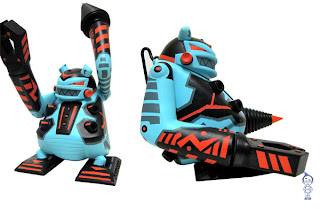 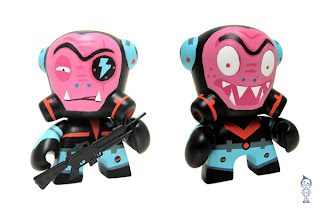 The smaller THUG-GY can attach itself to the handles on the back of the Stormhammer, which is a neat idea if you really wanted to play around with your toys. They also now come with accessories like wearable masks, and weapons! 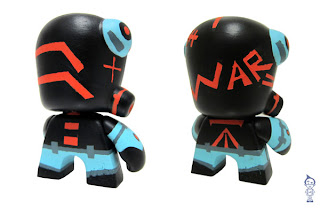 Together they're from the same universe. I like to think of them as futuristic troops in a squad. Unison Lab also boasts eco-friendly vinyl, which is good to know when picking a canvas to work on.

Lots of work went into these toys. I think I'll take a break to rest. hah